The Brown Hyena Research Project is a non-profit organisation based in Lüderitz, in southern Namibia. The project is founded and led by research scientist Dr Ingrid Wiesel, affectionately known by the community as “the hyena lady”, and her PhD student Marie Lemerle. The project is dedicated to the conservation of the unique brown hyena population and their habitat along the coastal areas of the Namib Desert. This is a non-profit organization that is completely reliant on sponsorship and funding. 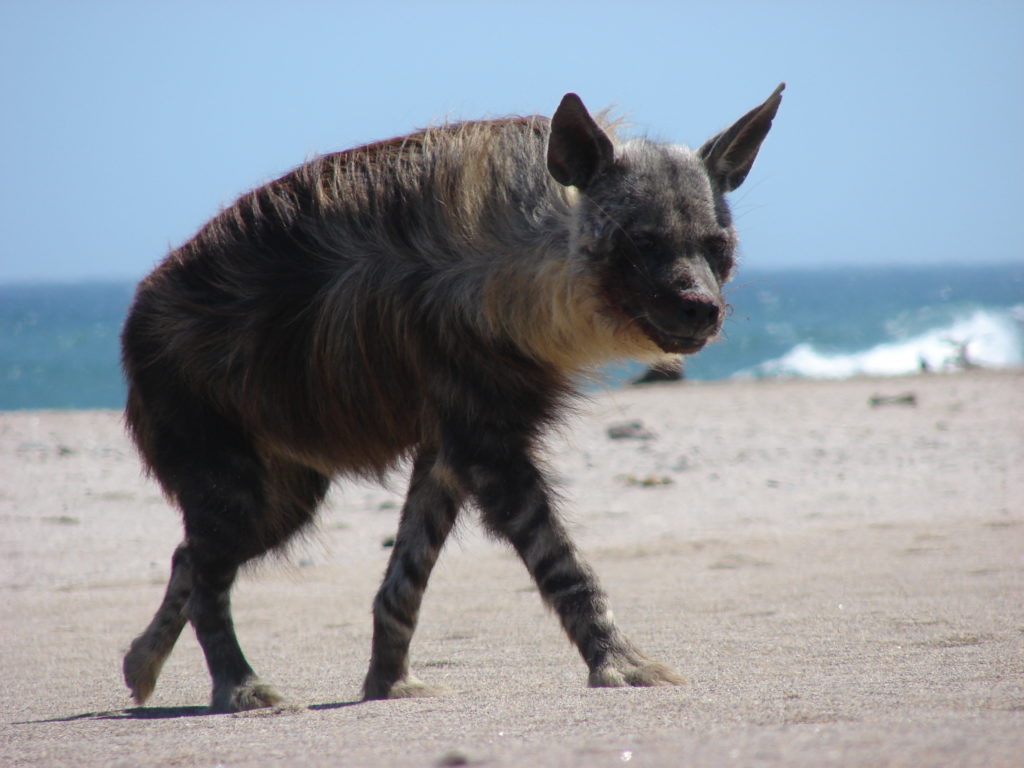 Additionally, Sperrgebiet Diamond Mining, in conjunction with Ghost Town Tours at Kolmanskop recently hosted a joint film crew from the USA and South Africa. The crew, which included a star-studded cast, were in the Lüderitz area for the filming of some scenes for an upcoming TV series commissioned by Amazon Studios.

Since its inception, Sperrgebiet Diamond Mining has been focused on making impactful and responsive contributions to Lüderitz. This is accomplished through the company’s support of positive endeavours and initiatives championed by town residents. The company strives to become a sustainable development partner to the local community, the economy of Lüderitz, and the country at large. Sperrgebiet Diamond Mining implements this mission by proactively identifying community-based improvement interventions and supporting projects that speak to economic upliftment, social cohesion, and environmental protection.

Sperrgebiet Diamond Mining (Pty) Ltd is an independent Namibian mining company which owns a combination of four onshore and offshore diamond mining licences in the restricted diamond area around Lüderitz whilst its primary land-based operation is located at Elizabeth Bay, 40km south of Lüderitz.

We would love to engage with you. Please contact us: